Managing disruptive behavior will remove bullies from the OR

Hundreds of nurse leaders filled the room for a presentation on dealing with difficult people during the annual OR Manager Conference in October 2015—a testament to the prevalence of bullies and disruptive behavior in the OR environment.

“In early 2011, a Google search was run using the terms ‘nurse bullying’ and ‘nurse conflict and cynicism.’ There were 6,300,000 hits for bullying and 10,200,000 for conflict,” said Virginia R. Beeson, MSN, BSN, NEA-BC, a retired US Navy captain who is now principal of Ginny Beeson & Associates in Arlington, Virginia. “The most challenging problem I had as a nurse manager, a supervisor, and a director of nursing was dealing with difficult people.”

In 2009, a Joint Commission mandate went into effect requiring all hospitals to have a policy and process for dealing with difficult people. Between then and now, the Joint Commission and numerous other organizations, including the American Nurses Association and the American Organization of Nurse Executives, have issued white papers, books, and other literature about bullying behavior. Yet this topic is the most popular of the 32 workshops she leads, Beeson told OR Manager. Why is disruptive behavior still such a problem, and what can be done to stop it? 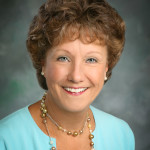 “In nursing, we’ve allowed clinical performance to trump team performance,” Beeson says. If someone has excellent clinical skills, poor behavior often is tolerated. “The sad truth is, we’ve all known a ‘Negative Ned’ or ‘Negative Nancy’ who—though excellent clinically—was a terror to work with. We’ve all known a long-standing employee of the hospital who is considered the best clinical nurse and gets stellar performance reviews while intimidating staff and physicians alike.”

Beeson asked the audience these questions:

“We could improve efficiency, effectiveness, quality, safety, teamwork, and morale without another dime, another FTE, or another piece of fancy equipment if we could only eliminate disruptive behavior. True or false?”

“Are there more of them [the bullies] or more of us?”

“If we can improve everything we care about—quality, safety, teamwork, morale, productivity, patient and staff satisfaction— and there are more of us than there are of them, why are they winning?”

The answer to this last question, Beeson said, is understandable, but not acceptable. “They are winning because dealing with them takes a ton of time and energy. It takes reams of documentation. It means conducting difficult conversations and handling conflict, for which we’ve received very little training. It means addressing behavior that has been around a long time and has been accepted. Addressing their behavior is scary, and retaliation is real.”

Nurse leaders need to reinforce the idea that nursing is a clinical job and a leadership job, Beeson says. “We’ve been very clear about the clinical component of our job, but we haven’t stressed the importance of the leadership part, which means being a great team member and player.”

Staff should be told that their job is to do everything possible to take great care of patients and be a great member of whatever team they’re assigned to.

“We have never been clear about this team player responsibility,” Beeson says. “That’s why we frequently hear ‘yes, so-and-so is a terror, but is so good clinically.’ In the future, we need to be crystal clear about the importance of excellent clinical and team skills.”

Bullies, pot-stirrers, bystanders, and those who “just don’t get that the world has changed” are distinctly different types of troublemakers who require different approaches to remedy.

Bullies use intimidation tactics ranging from rudeness to physical violence. Not only do they alienate staff, they also can compromise patient safety.

Beeson recounted an incident in which a relatively new nurse on the night shift was too intimidated to ask her more seasoned colleague for help with a very ill patient because the colleague was so mean and nasty. As a result, care was delayed, which could have had devastating consequences.

When confronting a bully, Beeson advises, be prepared, control the conversation, and control your emotions. Gather specific information including date, time, and individuals involved in the incident. Have a written plan, and practice what you will say.

• D escribe the behavior that’s inappropriate, and be specific.

• E xplain the impact of that behavior on the organization.

• A sk for what you want and need.

“The first few seconds of the interaction set the tone for everything that follows,” Beeson says. Be direct, and begin by stating the problem. Have a time limit; Beeson suggests 20 minutes.

Stick to one issue, stay on message, and don’t allow the conversation to get personal. “Just because they throw it, doesn’t mean you have to catch it,” Beeson says, meaning you don’t need to react to the bully’s comments and accusations, which are often unrelated, untrue, or inconsistent.

These people are “flying under the radar,” keeping everything stirred up by spreading ugly rumors and gossip, Beeson says. The main job of pot-stirrers is to recruit more members. Those who are approached by a pot-stirrer and don’t engage become a target.

“When a pot-stirrer asks, ‘Have you heard the latest about Jane?’ refuse to engage. The best response is to tell them if they have a problem with Jane, they need to talk to Jane. Or simply say you don’t wish to hear this, or refute their accusations with facts,” Beeson advises.

She gave several examples of how to deflect the defense tactics used by bullies and pot-stirrers:

• “Yeah, but…”—Keep coming back to the behavior in question.

• Denial—Make sure your facts are correct before you start the conversation.

• Silence—One tactic is to say, “I assume by your silence that you agree with everything I say.”

• The scorekeeper—An attempt to deflect attention by implicating another coworker’s faults should be met with: “Today we are talking about your behavior.”

• “It’s not my job!”—Respond by saying, “It is your job; that’s why we’re having this conversation.”

• Emotional response—If the person gets upset or begins to cry, offer a tissue and provide some privacy for a few moments, then resume the conversation.

Bystanders will identify a problem and bring it to your attention, but because they are scared, they don’t want you to use any of the specific information they gave you. “They see what’s going on and they don’t like it, but they tie your hands by asking you to keep the information confidential,” Beeson says.

If they offer information but don’t let you use any of it, both of you become part of the bully culture, Beeson points out. Often when root cause analyses are done after safety incidents, nurses admit they knew something had been done incorrectly, or they had anticipated that something would go wrong.

Declaring that everyone has at some time been a bystander, she asked the audience to reflect on what kept them from speaking up, and what would help them overcome their reluctance.

“If we give bystanders the skill sets and support they need, wouldn’t we be able to overcome bully and pot-stirrer behavior? I hope the answer is yes, but it will not happen unless we start talking about it and give nurses the skills they need. It’s hard, and requires skills we didn’t learn in nursing school. It takes practice and role playing, which we hate. But the culture will never change until we take a firm stand against it.”

Those who ‘don’t get it’

People who have a hard time accepting change can also be disruptive, Beeson notes. They may say, “I can’t stand any more change. Can’t we just keep doing things the way we used to? Do I have to use the EMR; can’t I just write out my notes and have someone transcribe them? Can’t I have an assignment that doesn’t involve all this technology?” The answer, of course, is no, and they must either adjust to the new responsibilities or seek a position in another area that is a better fit for their skill set.

Being a role model

Addressing disruptive behavior is one of the most important jobs of a leader, and Beeson recommends several ways to be proactive:

• Be a role model. “As a leader, you are on stage all the time. No matter what happens on your unit, you need to be the model of professional behavior. You can’t be mean or negative about anyone; you can never gossip or tell ugly stories about anyone. You can’t yell, be sarcastic, or cynical, or exhibit negative nonverbal behavior.” Having a confidante, someone to whom you can vent, is one way to gain support during difficult times.

• Set expectations. “Telling someone to be a better team member means different things to different people,” Beeson explains. “Your job as the leader is to set the expectations about what good team behavior looks like on your unit.”

• Talk to your staff about the importance of this issue. Present it as a serious problem, and express your desire to eliminate bad behavior in your unit.

• Address disruptive behavior when you see it. Use role-playing practice sessions; these can help to model disruptive vs professional behavior.

A Yale University study found that among working groups, cheerfulness and warmth spread most easily, and laughter creates a chain reaction that automatically makes others laugh in response. The most contagious of all human behaviors is the smile, Beeson notes.

“As long as we continue to ignore inappropriate or bad behavior, the negative people win,” she says. ✥

Most OR nurse leaders find jobs rewarding despite COVID-19

Results from the 2020 annual OR Manager Salary/Career Survey show…

Surveys this past year seem to have proliferated, many of…

Sign Up Now
Latest Issue of OR Manager
October 2020