Well-crafted handoff tools save valuable time in OR schedule

In 2017, the Joint Commission issued a Sentinel Alert Event on the problem of inadequate handoff communication, focusing attention on this vital aspect of care. (See related story, p 22.) Clinicians and leaders agree that handoffs are important, but implementing them effectively can be challenging, particularly in the fast-paced perioperative environment. OR Manager spoke with OR leaders at two organizations to learn about their experiences with creating effective handoff processes that led to significant time savings.

Leaders at Baylor Scott & White Medical Center—Grapevine in Grapevine, Texas, had a problem. Turnover times (TOTs) for robotic services were averaging 54 minutes—nearly twice the goal of 23 minutes or less. A team of representatives from preadmission testing, day surgery, the OR, and the postanesthesia care unit (PACU) took on the task of reducing TOT. Their analysis revealed that lengthy verbal handoffs were contributing to delays.

To reduce communication delays, the team developed a one-page handoff communication tool that reduced TOT by 12 minutes for one robot and 22 minutes for another over 6 months. Those results have been sustained; at 18 months after the tool was implemented, TOTs ranged from 20 to 30 minutes.

The improvement had an additional benefit, notes Michelle McCarty, MSN, MBA, RN, CNOR, surgery and sterile processing manager at the medical center. “We were able to add more than two additional cases a month for each of the two robots,” she says.

The team used the Plan, Do, Check, Act process to implement the tool, which replaced department-specific forms and travels with the patient throughout the perioperative experience, although it’s not part of the patient’s permanent record (sidebar above). The main sections of the form originally were designed to address transitions from the preoperative setting to the OR and from the OR to the postanesthesia care unit (PACU); later, the preoperative section was separated into preadmission and preoperative holding. 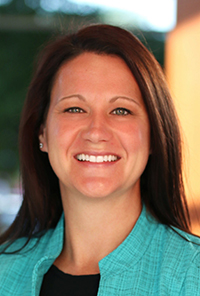 Buoyed by success, the team expanded the tool’s use to include handoffs from the OR to the ICU. An important element on the ICU page is a reminder to notify the patient’s family. “This was part of our ‘no family left behind’ initiative,” McCarty says. Previously, there was sometimes confusion about who was supposed to notify the family of the patient’s transfer.

Although face-to-face handoffs aren’t included as part of the transitions because of time constraints, nurses can call if questions aren’t answered by the communication tool. (To access a copy of the form, visit www.ormanager.com and click on “Free Toolbox” in the Resources section of the website.)

As expected, once staff started using the form during the “check” phase, they identified items they thought should be added to it and decided that others were less critical for the process. To ensure revisions were made thoughtfully, the leadership team established ground rules. Staff had to submit proposed changes to the leadership team, which met every other week to evaluate the changes and revise the form as needed. “We also analyzed the form on a regular basis to ensure its proper use,” McCarty says.

Ad hoc reviews by the project team help keep the tool current. For instance, the team has modified the form to add information related to Enhanced Recovery After Surgery. The checkbox serves as a visual reminder for specific documentation elements such as gown and glove change once colon anastomosis is complete and use of a separate closure tray and wound retractor. “These periodic reviews help engage the team,” McCarty says.

In addition to having a surgeon champion, McCarty says a key for success is helping everyone understand what information each member of the team needs. “The differences in workflow make face-to-face verbal handoffs difficult,” she adds. “The tool ensures that crucial elements are communicated to those who need to know.”

Plan. Team members asked those in their department to identify the most crucial information they needed. This feedback was used to develop the initial form.

Do. Staff education on the new form included discussing it in huddles and posting it on units’ huddle boards and leaders’ information boards.
Check. The team obtained feedback on the usefulness of the form and found that the tool was starting to reduce turnover times (TOTs). After the form was piloted in the gynecologic robotic service line, its use was expanded to bariatrics, colorectal, and general surgery before being implemented across all service lines, effective February 2018. For 2019, TOTs for all cases averaged 24.6 to 26.3 minutes.

First case on-time starts (FCOTS) can make or break an OR leader’s budget. That’s why the team at DMC Huron Valley-Sinai Hospital in Commerce, Michigan, was concerned when the percentage of FCOTS declined from 73% to 67% over 3 months, far below the 80% benchmark. By implementing a formal handoff communication process among the preoperative care unit nurse, circulating OR nurse, and certified registered nurse anesthetist (CRNA), the team was able to increase percentages to a range of 76% to 82% over 3 months. 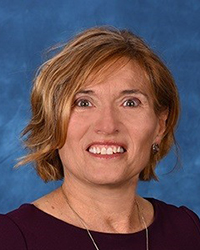 An integral part of the process is a paper communication tool, developed by the perioperative professional nurse committee, which includes representatives from the preoperative care unit, OR, PACU, anesthesia, and leadership. “We discussed what was required by regulation to be included in a handoff and what was important,” says Shelley Killebrew, MSN, RN, CNOR, OR manager at the hospital. She says it took only two meetings to finalize the tool; the team reviewed similar tools from other facilities before developing their own. The tool is a work aid, so it is not part of the patient’s permanent health record. For the first week, the tool was used only for first cases of the day, but now it is used for every patient.

The tool is divided into sections that reflect the perioperative journey—preoperative care unit, OR, PACU, and post-PACU. Each stage includes a face-to-face handoff in addition to completion of the paper tool:

• In the preoperative care unit, the patient’s nurse meets with the OR nurse and the CRNA assigned to the case.

• In the OR, the CRNA completes most of the tool after surgery, although the OR nurse also adds details such as dressing type.

• The CRNA and the OR nurse complete a face-to-face handoff in the PACU. The PACU nurse subsequently completes a telephone handoff from the PACU to the nurse in the unit receiving the patient.

The improvement in FCOTS, along with enhanced efficiency and communication, has reduced delays. “The handoff helps prevent delays, which are a huge dissatisfier for patients,” says Dianna Meloche, BSN, RN, CNOR, clinical coordinator. When delays do occur, patients are kept informed. Patient satisfaction is also promoted by involving patients in the handoff process during the preoperative phase.

The tool has been in use for about 2 years. The perioperative professional nurse committee continues to meet regularly to discuss customer service scores. “When we see delays and related patient dissatisfaction, we remind staff to let the preop nurse know when delays occur so that patients can be kept informed,” Killebrew says. (To access a copy of the form, visit www.ormanager.com and click on “Free Toolbox” in the Resources section of the website.)

Meloche says the project’s biggest challenge was changing people’s workflow. “OR staff need to get to preop earlier than they used to so they have time for the handoff,” she says. In addition, preoperative care unit staff have to be available for the handoff, yet they may already be working to get another patient ready for surgery. To address these challenges, float staff in the OR cover processes such as counts and draping so the circulator can go to the preoperative unit.

Killebrew offers this advice to those interested in developing a similar tool: “Make sure you get feedback from the end users, look at regulatory requirements such as consent and history and physical, and make sure there is consistency in use.” The leadership team conducts audits to be sure handoffs continue to be done.

As leaders at these organizations have found, handoffs can be a valuable tool for increasing efficiencies and patient satisfaction. The key is to involve stakeholders in designing a process that works for both staff and patients—as well as the busy surgery schedule. ✥

Don’t Choke Back the Smoke: Building a Business Case for Smoke Evacuation

After this session you’ll be able to: List the elements of creating a compelling business case in a perioperative environment., Discuss how a business case format can be used to…
View Agenda Register Now
Previous Story Next Story
Related Stories
Humble giants of leadership

The COVID-19 pandemic continues to wreak havoc on OR managers’…

Surges in COVID-19 cases across the US have kept communities…

Sign Up Now
Latest Issue of OR Manager
September 2020