Analyzing inpatient and outpatient Medicare claims from 2008 to 2016, the researchers found there were 3.7 million hospital admissions for heart failure, 1.6 million hospitalizations for myocardial infarction (MI), and more than 3.2 million for pneumonia.

Heart failure patients, but not those with acute MI or pneumonia, had an increase in postdischarge 30-day mortality. However, this increase preceded the start of HRRP and was concentrated in patients who sought no postdischarge acute care, nearly half of whom were admitted to hospice.

Though observation units and the emergency department have been increasingly used for care in the postdischarge period since HRRP, there has been no increase in the mortality risk in either setting, the researchers say. 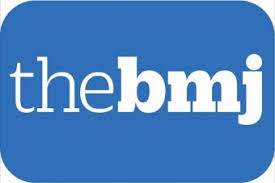 Think 'outside the blocks' to shore up balance sheets

Editor’s Note: This article from Whitman Partners addresses some ways…

Consider a PSH as a post-pandemic strategy

Across the US, surgical services are estimated to comprise around…