OR Manager recently reported on the increased cybersecurity risk the Russia/Ukraine conflict poses to US healthcare systems. With two new malware threats identified last week, the Cybersecurity and Infrastructure Security Agency and the FBI are urging US organizations and the private sector, including healthcare, to stay vigilant and reinforce security measures in case of a Russian cyberattack.

Due to the government’s concern over the increased risk, three cybersecurity companies are currently offering free protection to US hospitals, Becker’s Health IT March 7 reports after The Washington Post broke the story.

According to the Post, companies Cloudflare, CrowdStrike, and Ping Identity announced on March 7 “they would give away 4 months of their services to US hospitals, which have been frequent targets of Russian-speaking ransomware gangs, and to electricity and water utilities, which are vital to everyday life.” The free services are being extended to any-size organization that is not already a customer and range from multifactor authentication for logins to protection from denial-of-service attacks.

While ransomware attacks are mostly motivated by money, the biggest concern lies with possible ties between select ransomware groups and Russian authorities. “One of the most prolific, known as Conti, warned that it would attack US infrastructure if the United States disrupted Russian sites,” highlights the Post article. 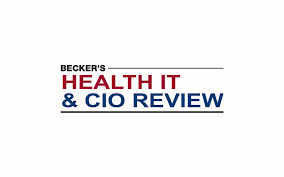 The St Elizabeth Healthcare organization in northern Kentucky has eight…

Imagine this: As a nurse in the OR talks with…