Memorial Healthcare System in Hollywood, Florida, via an initiative spearheaded by Jennifer Goldman, DO, chief of Memorial Primary Care, began including social determinants of health (SDOH) data in its electronic health record (EHR), “where doctors can see and act of them”—and that is improving patient care, HealthLeaders November 2 reports in an interview with Goldman.

Determining which SDOH measures to include and capture in the EHR is an “ongoing discussion,” Goldman told HealthLeaders. “The major challenge…was to determine which ones we were going to prioritize and start with,” she said, adding that “there are three that are a priority not only for us, but for Medicaid.” Those three SDOH are food, housing, and transportation, she noted.

She also stressed the importance of standardization when capturing SDOH in order to correctly and efficiently match patients with needed services. “We standardized the way we were capturing that data so we could…show that information in the EHR to physicians,” said Goldman. “If our providers don't know the patient they're treating…is homeless…that would probably impact their decision-making in terms of what treatment they were going to prescribe for that person.”

Another EHR differential, according to Goldman, was a “best practice advisory” alert that appears in front of the clinician whenever a patient showed up in one of the three SDOH in question. “We also included documentation that the patient was going to be automatically sent to our care team for follow-up in terms of how to access resources,” she said. “Our physicians are documenting three times more on homelessness, food insecurity, and transportation than they were previously,” she said when detailing the impact this initiative has had on patient care and outcomes.

Goldman further noted that since transitioning to a value-based care approach, Memorial has had more visibility over patient data, which led to a novel approach to scheduling. “We started…a shadow schedule, where instead of booking directly on a provider's schedule and needing to have an open slot for a walk-in, we would have an empty schedule every single day…for walk-ins [or] same day appointments,” Goldman told HealthLeaders. This initiative led to a sharp increase in patient volume for Memorial.

The September and October issues of OR Manager feature a two-part series on EHR challenges and how leaders can work with staff and IT to successfully operate their EHR systems. Access part 1 here and part 2 here. 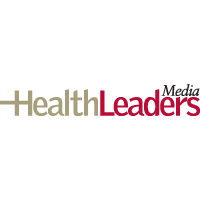 Electronic health records (EHRs) can be a force for good,…

Electronic health records (EHRs) have been decried as a drag…

Preventing culture shock with a new approach to block time

The passage of the Health Information Technology for Economic and…

Sign Up Now
Latest Issue of OR Manager
December 2022