Triaging OR capacity amid COVID-19: Lessons from the field

Health systems nationwide are examining policies and procedures related to their resources, staffing, and scheduling to prepare for anticipated patient surges due to COVID-19. In late March, I talked with perioperative physicians and administrators from two health systems with rapid increases in COVID-positive cases, which have prompted significant changes in OR management. 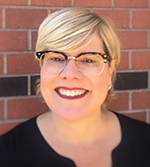 The panel, Triaging OR Capacity During the COVID-19 Crisis, included representatives from Washington’s Tacoma General Hospital and its parent organization, MultiCare Health, in Tacoma, Washington, as well as Saint Peter’s University Hospital in New Brunswick, New Jersey. Each facility is located near a COVID-19 hotspot, yet as of this writing, neither local area had reached its projected peak. Still, ICUs are at capacity.

We discussed some of the biggest issues they face and how they are responding to help other hospitals around the country prepare. Here are the key takeaways.

Tacoma General and Saint Peter’s both decided to cease all elective surgery in mid-March, before government guidelines were issued. Both had to act quickly because they were already dangerously close to running out of personal protective equipment (PPE).

Providers initially were given significant leeway to determine which cases were deemed urgent versus emergent, and those cases then underwent executive review. On the surface, this seems like a relatively straightforward process, yet there are a lot of gray lines.

Procedures related to oncology cases are one example. Immediate action might not be necessary, but if surgery was postponed for long, it would require a much more aggressive treatment plan, or the procedure would shift into the emergency category (perhaps closer to COVID-19’s peak).

Similarly, orthopedic procedures typically would be considered elective, but if not addressed in a timely manner, outcomes could be poor.

Over the course of a week, however, as cases began to surge, guidelines around what was considered urgent became stricter. Review teams had to drill down into cases to figure out what was considered appropriate and necessary, often relying on the American College of Surgeons’ recommendations as a guide, in addition to considering surgeons’ opinions.

Neither hospital’s practice of canceling all “elective” procedures has been optimal, but it has been a necessary precaution for patients and staff.

The increasing need to remove cases from the schedule has presented communication challenges. Clinics and providers need clear guidelines about what should be canceled and which procedures can proceed.

At Tacoma General, these guidelines were sent and are updated via email to physicians on staff and community physicians. Spreadsheets have been routinely circulated, which make it clear that the cases remaining on the schedule fit the criteria.

A high level of direct communication with specialty perioperative teams, beyond the typical hospital-wide distribution, has also been implemented to update teams about what is happening inside the surgery world.

Additionally, teams have to communicate with existing and new patients regarding the status of their procedures. This involves proactive calls and notifications to scheduled patients as well as clear communications to incoming patients—although this number has dropped considerably because most diagnostic centers are closed.

Neither hospital is rescheduling appointments for future dates because they don’t know what the coming weeks will hold or what scheduling policies will be instituted.

Given the decision to cease any non-essential procedures and the concurrent need for assistance in emergency departments and ICUs, perioperative staff are being redeployed to these areas. Staff can be understandably concerned about moving to one of these departments.

Tacoma General spent a week educating and training staff on how they could assist in new positions, particularly in the ICU, where perioperative nurses work as secondary nurses unless they have previous experience in that area. Training has provided a lot of the hands-on skills to assist the primary nurses, but perioperative nurses are not placed in medication passing roles.

Tacoma General has also created its own intubation teams, with an anesthesiologist and an OR nurse, to offer a highly efficient pair when COVID-positive patients require it. This team can get in and out of patients’ rooms very fast while limiting close contact.

Other perioperative staff are being deployed to help with activities like tracking coded patients throughout the hospital system and alerting areas that they’ve visited as well as coordinating beds, becoming part of a high-touch surface wiping staff, or monitoring social distancing in open spaces like corridors and break rooms.

There are many tasks that must be completed in the present environment, and many ways for personnel to be useful and still get the hours they need to support their families.

As hospitals continue to fill, there is an increasing shortage of rooms and equipment, particularly ventilators. Saint Peter’s is safely converting anesthesia machines from the hospital and from local outpatient facilities to increase supply as needed. Converting anesthesia machines is one of the fastest ways to have access to a ventilator while leveraging equipment that is not used as frequently under the current circumstances. Every facility should look into whether the supply of oxygen is sufficient and confirmed for the future—and log it—in order to convert machines in time but not go through the process unnecessarily.

Saint Peter’s ICU is already at capacity, so it has emptied its pediatric ICU as much as possible to accommodate adult COVID-positive patients. It is also designating floors within the hospital as COVID units and converting regular rooms to negative pressure environments.

Tacoma General has planned to follow similar procedures. With multiple hospitals within its system, some are being designated as COVID hospitals to attempt to separate populations as much as possible. As scale demands, Tacoma General is also looking into the process of bringing two patients into an OR converted to an ICU.

Converting ambulatory surgery centers (ASCs) is another option for hospitals to attain much-needed bed space. Saint Peter’s has a large ASC next to the hospital that may be repurposed for COVID patients, as has been done in New York City under Governor Cuomo’s mandate to increase capacity. Or it may move specialties such as labor and delivery to the ASC to create more separation between COVID-positive environments and new mothers and their babies.

Amid the shortages of essential equipment and space, particularly negative pressure environments, it is clear that hospitals are becoming more creative and resourceful in their quest to treat as many patients as possible. They are exploring every option for safe, quality care.

With so many changes underway in this moment, what does post-pandemic care look like? When and how do you resume scheduling?

In addition to transitioning rooms and floors back to their previous configurations, and moving staff back to their designated line of care, there will come a time when existing surgery appointments will no longer have to be canceled. Yet, there is a tremendous backlog of cases to work back into a queue that is already full. To complicate matters further, new cases will emerge as diagnostic centers resume testing.

Changes to block schedules are almost a given, as providers may be asked to release time farther in advance than usual to make room for community physician needs. New rules might go into effect, and facilities could expand hours, adding postponed procedures to nights and weekends, which would open new blocks of time. Intelligent, real-time scheduling software will become indispensable in identifying gaps and optimizing resources to right the OR schedule.

Executives have yet to solidify plans for the future, but many are questioning how they ask personnel mentally and physically exhausted from working on the front lines of COVID-19 to take on extra shifts.

Incentives are considered the chief motivator, yet many hospitals are not in a position to offer substantial pay increases because of the financial strain the virus has placed on them. Grants and additional state and federal funding could help, but right now, the focus remains on getting through an unfathomable crisis as quickly and painlessly as possible. ✥

–Jo Quetsch, MA, RN, is a perioperative consultant for LeanTaaS.