Savvy leaders know how to ‘read’ themselves and their staffs

Most importantly, they all must know the rules and when it’s their turn to act.

At the 2018 OR Manager Conference in Nashville, Tennessee, David A. Wyatt, PhD, RN, CNOR, NEA-BC, used the poker metaphor and his own experiences to help attendees identify the main players in their management games and how to navigate the political waters of perioperative services.

“Are you willing to place bets on the competency of your staff? Do you believe they will not throw in their hand when push comes to shove?” asked Wyatt, vice president, perioperative enterprise, and associate nursing officer, surgery patient care center, at Vanderbilt University Medical Center in Nashville, Tennessee.

“In my experience, I have found that leadership is just like a poker game,” says Wyatt. “You learn how to do it based on your gut instinct and knowing the people you’re playing with.”

OR managers must engage with some of the most powerful people in their organizations, whether it’s a four-room or a 60-room OR, he says. “They don’t want to talk to us, and we don’t discuss how we talk to them.”

To become great leaders, it is imperative that new managers, those new to leadership positions, and managers who are experienced but still naïve learn how to communicate with the powerful people in their organizations and how to deal with office politics. 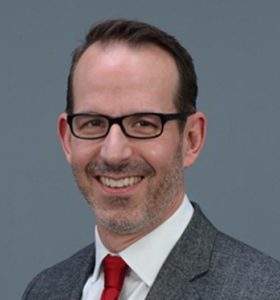 Office politics are a negative aspect of being in a management position, and they are rarely discussed openly, but to succeed, managers must be willing to have an open dialogue.

“Like the game of poker, the game of office politics changes as you progress in your position,” says Wyatt. “The degree of intensity increases dramatically as you rise in your level of authority.”

Wyatt notes that the biggest surprise to him in his leadership advancement was that at every change he made in his position, he would be caught off guard. “I wasn’t caught off guard by the fact that there were politics or interesting relationships but from where they came,” he says.

In the last l0 years, Wyatt says he has become keenly aware of how certain individuals along the way buffered him from the politics and influence of the powerful.

However, he notes, “once you move up into a higher position, that buffering goes away, and you become exposed to more of the politics, even from people you have worked with for some time and felt close to.” That’s where naïveté still exists for a lot of experienced managers, he says, and new managers need to prepare themselves for when they will be affected by office politics and which individuals may be involved.

Office politics is defined by Michael Jarrett in the Harvard Business Review as “a variety of activities associated with the use of influence tactics to improve personal or organizational interests.”

Wyatt notes that he likes this definition because it’s not as negative as what most people think of when they think of office politics, which is people stepping all over each other to get up the ladder faster. “I think office politics really is the use of influence to help your organization, not just yourself,” he says.

The three concepts managers need to think about in relation to office politics are power, authority, and influence. There are differences between these concepts, and it is important for managers to understand the differences and think about them more clearly.

Power.“Power is the ability or capability to do something,” says Wyatt. Power comes from four places:

The most important of the four is position, he says. “It is one of the easiest ways to gain power, and it comes pre-packaged like a birthday gift because the day you were made manager, you were given the ability or capability to do things with your new position.”

Authority.“Authority is the permission or the right to make decisions or the right to use the power that you have,” says Wyatt. “How many times have you had the capability or ability to do something that comes from power, but you didn’t have the authority to do it?” he asks.

For example, every 3 years when Vanderbilt has a Joint Commission survey, Wyatt is granted authority over labor and delivery to make sure they are ready for the visit.

The sources of authority are the same as power—knowledge, position, experience, and network.

Influence. “Influence is the capacity to have an effect or to affect someone or something, and it is different from power and authority,” says Wyatt. “It is important to remember that power, authority, and influence come from lots of areas,” he says. “If the only place you gain them is from your title, you have problems. Your title will not sustain you.”

One of the biggest mistakes new managers and leaders make is when they announce to a room full of staff that “I am the manager” or “I am the director,” says Wyatt. “If you find yourself doing that, do yourself a favor and stop,” he says.

What they are doing is establishing their title and position as the reason staff should now listen to them, but Wyatt adds, “I question whether they are reminding the staff or reminding themselves that they are the manager or director.”

When managers use their knowledge, experience, network, and position, their staff members will listen to them. That’s what makes them influential.

Managers have to find a way to thrive, not just survive, in their jobs or they will not last long, says Wyatt.

The first step is to accept the reality of politics. The pitfalls come when managers make statements such as:

• “I don’t care about politics—I just do what I know to be right and don’t pay attention to any of the rest of it.” Managers have to be able to understand the dynamics that are occurring within their teams and the people who impact their teams, says Wyatt. Managers aren’t helping their staff members who are caring for patients if they just shut it all off and don’t pay attention to any of it. There are too many dynamics that have nothing to do with patient care, and the job of a leader is to pay attention and mitigate those.

• “This is a part of the job that is uncomfortable for nurse leaders because we really like to think that we are all about patient care, but an important part of our jobs is to manage the politics so frontline staff don’t have to manage it. It will get transferred to them if managers don’t deal with it,” he says.

• “I believe that fairness is the rule that will win in the end.” Unfortunately, says Wyatt, this is not always true, and it is important to be a realist and talk about the politics openly.

• “Not going along with politics is a badge of honor.” There are times when managers need to engage in the political game and engage with people to ensure that their teams are getting what they need for their patients.

These pitfalls will end careers in leadership prematurely, or at a minimum, constrain managers to a level that is much lower than what they are capable of achieving, says Wyatt.

Like a player in a game of poker, managers should become historians—that is, become familiar with the backgrounds of the people making the decisions.

“It is very important for managers to know the decision makers they work with, where they come from, what they know, and what their experience is,” says Wyatt. Most often, when people are faced with a challenge, they go to those they know and trust. However, these are not always the best people or the smartest people, he says.

Managers should also be map makers and map out what routes people have taken to become leaders.

In addition, managers have to pay attention to their network, understand connections, and create their own. They have to examine interactions, see how people respond to each other, look at formal and informal relationships, and watch how influence flows.

“After you have an understanding of where power and influence exists within your organization, you have to really watch and pay attention to the interactions that happen,” says Wyatt.

“Developing your EQ [emotional quotient] is one of the most important things a manager can do,” says Wyatt. This means becoming self-aware and having emotional self-awareness.

One of the biggest challenges for managers is to work with someone who is not self-aware and who evaluates their capabilities differently than everyone around them. It is also a fundamental flaw of managers when they can’t stop and be self-aware and have some insight.

Wyatt says he has often asked managers he works with to pay attention to the impact they have on people around them and to note when their team is functioning at its best.

When managers see their teams “firing on all cylinders,” they should stop and look at what they were doing when it happened, he says. “Were they in the middle of it? Were they encouraging from the sidelines? Were they completely away from it?”

Any of these options are okay, but it is the awareness of what they were doing and the impact it had on their teams that is important, says Wyatt. The outcome they want is for their staff members to continue firing on all cylinders and to facilitate that.

Becoming self-aware is challenging for managers because they first need to find the cues around them to tell them what they are actually like. “We all view ourselves differently than other people view us because it is clouded by what we want to see and what we want to be,” he says.

If managers function from the basis that no one is capable of really evaluating themselves, then they will find other ways and pay attention to other cues. Unfortunately, says Wyatt, a lot of the people managers are surrounded by aren’t good sources because they report to them and want something from them.

Self-management is also a part of emotional self-awareness, as are emotional control and adaptability. “I don’t think we can underscore adaptability enough,” says Wyatt. When leaders decide what their leadership style is and never change or sway from it, they are telling those around them that “this is who I am, and everyone around me should adapt to me,” he says.

“It is simply not reasonable for a leader to say that or believe that or act like that,” says Wyatt. “Leaders must adapt to their teams because their teams are ever-changing.”

Just as in a poker game, a player doesn’t win or lose in a single hand. The player adapts to the cards played and the other players. Leaders must do the same. ✥

Dare to Dream: The Guide to Extraordinary Leadership

After this session you’ll be able to: Create balanced strategies and keep these at the heart of your organization’s work on a daily basis., Elevate your results with goal setting…
View Agenda Register Now
Previous Story Next Story
Related Stories
OR leaders chart new territory for resuming elective surgery

Sign Up Now
Latest Issue of OR Manager
June 2020