Is professionalism a priority in your OR?

Professionalism may not be a concept OR leaders consciously think about, but they should. As role models for their staffs, they set the behavior standards for the OR, and failure to insist on professionalism can be damaging.

Professionalism is not defined simply by dress or presentation, says David A. Wyatt, PhD, RN, NEA-BC, CNOR, vice president, perioperative enterprise, Vanderbilt University Hospital, Nashville, Tennessee. It is also about “keeping your word, doing the right thing even if it means taking a harder road, and being disciplined.”

He shared his thoughts on professionalism during the 2019 OR Management Conference in New Orleans.

Wyatt believes professionalism all too often is taken for granted, but nurses are highly respected and trusted by patients, and they have a responsibility to promote professionalism. 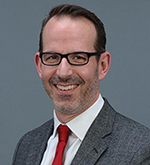 However, there are characteristics of professionals, and nursing has to meet some of them to be considered a profession:

• Altruism. “Nurses want the good, and they think and work toward the good,” he says.

• Code of ethics. The American Nurses Association Code of Ethics applies to all nurses.

• Autonomy. “Autonomy is mostly evidenced when we have a clearly articulated understanding of what nursing practice is and how it varies from medical practice,” says Wyatt. “States with strong state boards of nursing don’t struggle with this. States with weak boards of nursing or a shadow board underneath the board of health or the board of medicine have a lot of difficulty in understanding what nursing autonomy is.”

Overall, the essence of nursing professionalism is having that special knowledge of caring and matching that with an obligation to serve the community, he says.

Professionalism as a larger whole also is made up of components that include:

• Accountability. “This means understanding what you are accountable and responsible for, and getting it completed. We often hear this in a negative way, such as someone wasn’t accountable and therefore not professional,” says Wyatt.

• Communication. Being able to communicate effectively and clearly.

• Consistency. “For me, consistency is of the utmost importance,” says Wyatt. “I have lived most of my career not just as a professional, but as a leader. And I have learned that if there is one thing that is very challenging for teams, it is when leaders are unpredictable. It is unnerving because you can’t guess where they are going, how they are going, or what their pattern is. Consistency is important because it tells people what your values are,” he says.

How to spot a professional

There are visual ways to spot professionalism, which include:

• Attendance. “You would never have to talk with someone about getting to work on time and attendance problems if you thought of them as a professional. That is not how that is exhibited,” says Wyatt.

• Dress. “Having to talk to people about the way they dress is one of the most aggravating and uncomfortable discussions to have, but it is sometimes very necessary,” he says. “I have realized over the years that there are people who have not been socialized into settings where they have the cues about what is appropriate dress.”

• Language/speech. A professional is articulate and does not use profanity.

• Intelligence. “Intelligence doesn’t make a person a professional, but if they are very good at what they do, that is a type of intelligence,” he says.

Not as easily spotted

A professional person has to exhibit certain characteristics that are not as easily spotted, says Wyatt. These include:

• Honesty. “Honesty is one of those things that is really at the core of professionalism for me,” he says, “because when I spot dishonesty, I have an emotional response. If a nurse or physician lies to or is intentionally dishonest with me, I am done with them. I begin to question every single thing they do.”

• Thoroughness. “You see this after a while, but you have to spend time with people before you see that they are thorough, that they get things done to completion,” he says.

• Not a chameleon. “Professionals should be who they are, and they should be predictable. It is not a trait of professionalism if you are a different person in every environment you go into,” says Wyatt.

• Disingenuine. “This is similar to not being a chameleon,” he says. “The theme here is having a predictable and consistent approach.”

When most people think of those who work in the OR, they have what can only be described as a dichotomous perception, says Wyatt.

There is one perception that OR nurses won’t do anything they don’t want to do, they have their own rules, they follow those rules, and they are rigid and regimented. And, if asked, most OR nurses would say that is how they want to be, or that is what they aspire to be.

There also is the perception that the OR is like a locker room. “Every one of us at one time or another has participated in or condoned discussions in the OR that were more suited for a locker room,” he says.

Surgeons pass such conversations off as “stress relief,” and “we tend to excuse this behavior because we work in a highly stressful environment,” says Wyatt. However, this is an excuse for behavior that does not meet the criteria of professionalism. The leader must be aware of these locker-room behaviors and the individuals and groups who are exhibiting them and have discussions with them.

Wyatt notes that it takes a lot to get people to recognize that what they were saying and doing was inappropriate. They are programmed to look at such behavior as just joking around, and they see nothing wrong with the need to blow off steam.

“I had to talk to a whole team at a very basic level about their behavior,” says Wyatt. “I was sitting in a room with people I thought were professionals, and I was describing kindergarten rules about how they should engage.”

It falls on the leader to have these discussions, and it is one of the biggest pitfalls for new leaders who have transitioned from staff.

When a variance in professional behavior happens, it is important to have a focus group and say out loud what the problem behavior is.

“You have succeeded if people are embarrassed,” says Wyatt. “If they are not embarrassed, you have a different problem because you have to go deeper.”

Wyatt says he likes to start by telling the group, “this is what was reported to me,” and then saying what was reported. “You benefit by the shock value, and hopefully it will stimulate some embarrassment on their part that this happened and that people know it happened,” he says. “Then enlist them to change this behavior so it doesn’t happen again.”

Vanderbilt uses programs called CORS (Co-worker Observation Reporting System) and PARS (Patient Advocacy Reporting System). If someone is reported through these systems, the first step is to have a “cup of coffee,” which is a metaphor for “let’s have a collegial discussion,” says Wyatt. For example, the person who is reported is told something like, “I don’t believe you meant for this to come across this way, but this is how it was perceived.”

Most of the time, the “cup of coffee” talk takes care of the issue, he says. If that doesn’t work, the program escalates to further discussions until the behavior is changed.

The health of an organization is not threatened by whether or not variances happen. What makes a difference from a professionalism standpoint is how the organization responds to the variance. If it is ignored and allowed to continue, it is not healthy.

Occasionally, the person with the variance in behavior is the leader. “The truth is, sometimes we are the variance,” he says, “and when we are, we really have to put into practice how to accept feedback and not show anger.”

Wyatt experienced this situation a couple of years ago. He was in an OR with a team, and they were having what he considered a good conversation. A short time after he left the room, however, he got a call from somebody who was offended by something he said in the room.

His first response was to defend himself and say that wasn’t what he meant. Then he realized this was not how he coached people to respond. Though he wanted to argue, he stopped himself and apologized. He told the person it was not his intention to have what he said come across the way it did. It ended up being a productive conversation and taught him a lot about what his own tendencies were, and it changed how he coached people to receive feedback.

Wyatt says he highly recommends having a mentor to connect with after receiving feedback like this. “You need trusted colleagues to help you and say, ‘hey, you received this feedback, but that is not who you are; that was a one-time event,’ or ‘yeah, I’m sorry, I should have told you years ago that you have a tendency to do this, and it’s not perceived well.’”

Professional development should not stall

“One of the things about professional development that we have to remember for our staff and for ourselves is that we all start as babies,” says Wyatt. “We cannot expect the same level of development from brand-new staff, brand-new nurses, and brand-new leaders that we do from veterans.”

A process is needed to help OR leaders coach, mentor, and model professional development, and at the same time, stunted development cannot be allowed.

“The bigger problem is not that we don’t recognize when people are young as professionals and that they have a lot to learn. It’s when we look at those who have been nurses for 35 years and accept behavior from them that would have been expected from a new nurse,” Wyatt says.

For example, he had a manager he worked with for 6 years, and he still thought of her as a new manager. That is an example of stunted development because she was not developing past a certain point.

“It is incredibly difficult when you have people who have stopped to get them moving in their development again,” he says.

Professional development has to be intentional and goal focused. It requires a fundamental change in habits and how people think about and portray themselves.

People need to think of professionalism as branding, he says. “A brand is something that people think of when they see you or hear your name, and you want to make sure the words they think of are associated with professionalism.”

Professionalism is an intentional growth journey, he says. “You will never be done.” ✥

Wyatt D A. Professionalism in the OR: What does it look like? OR Manager Conference. 2019.

Sessions on recruitment, retention at OR Manager Conference

Nationally known for her work in helping current and future…