The US News and World Report on March 29 posted its annual list of best nursing schools for Master’s and Doctor of Nursing (DNP) degrees.

Topping the lists for both Master’s and DNP degrees is Baltimore-based Johns Hopkins University.

There were 220 Master’s and 163 DNP programs included in the rankings. 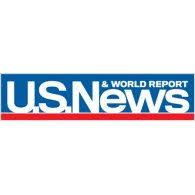 After writing my latest article on surgical robots (Operationalizing a…

Survey: Some improvement in satisfaction, but stagnant compensation

As the response to the COVID-19 pandemic becomes embedded in…