In this first national study of US nurse suicide, researchers from the University of California San Diego School of Medicine and UC San Diego Health, Department of Nursing, found that male and female nurses are at higher risk of suicide than the general population.

Unexpectedly, the data did not show a rise in suicide, but that nurse suicide has been unaddressed for years, the authors say. Further research is needed to determine the best prevention methods. 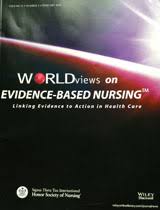 Now that facilities are returning to performing urology cases, what…

Demand for interim executive leadership services in 2018 increased by…

A November 2020 survey from National Nurses United, the largest…