The effectiveness of non-steroidal anti-inflammatory drugs (NSAIDs) in managing pain, healing, and recovery after bone fracture depends on when you take them, this study from McGill University finds.

The researchers found that NSAIDs are most effective in promoting postoperative healing when taken during the active phase of the circadian rhythm. This is likely due to the effect of NSAID timing on inflammation at the healing site.

The findings also suggest that if NSAIDs are taken either in the afternoon or at night, during the resting phases of the circadian rhythm, they can severely deter healing and bone repair. This is because these are periods when osteoblasts are rebuilding bone.

Inflammation is needed for healing and the body has a rhythm for healing, the researchers say. If NSAIDs are given in the morning, they are working with the rhythm of the body. Giving them at night works against the body because they disrupt healing.

The researchers used a tibia-fracture model in mice for the study. 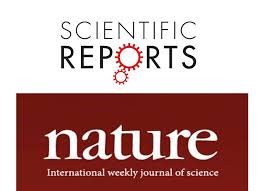 Think 'outside the blocks' to shore up balance sheets

Editor’s Note: This article from Whitman Partners addresses some ways…

Consider a PSH as a post-pandemic strategy

Across the US, surgical services are estimated to comprise around…

Impact of COVID-19 on HAIs
Researchers use AI to diagnose COVID-19 in chest x-rays
Deaths reported during the pandemic far exceed those from COVID-19
Hospital executives worried about financial viability without vaccine
ACS: Effect of COVID-19 on surgical experience of residents, early-career surgeons