Past research cited by ASC Focus included an analysis done by KNG Health Consulting from 2020 that “showed significant savings due to orthopedic procedure performance in ASCs for Medicare beneficiaries.” Between 2011 and 2018, musculoskeletal procedures done in ASCs as opposed to HOPDs saved Medicare some $3.26 billion.

And more recently, an article published in the March 2022 issue of the Journal of the American Academy of Orthopaedic Surgeons continues to present research showing “low costs for orthopedic surgery at ASCs” compared to HOPDs, “even as utilization of ASCs increases.” The research encompassed 990,980 commercial cases from 2013 to 2018 and included the following procedures: open carpal tunnel release, lumbar microdiscectomy, anterior cruciate ligament reconstruction, knee arthroscopy, arthroscopic rotator cuff repair, and bunion repair. 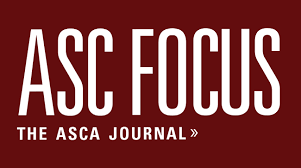 In 2020, supply costs were once again reported as one…

As representatives of a global healthcare solutions company, we talk and listen to…