This study led by researchers at Children’s Hospital at Montefiore, Bronx, New York, finds that morbidity is also associated with surgical site infections (SSIs) after ambulatory surgery in children.

Of 65,056 patients analyzed and 13, 795 chart reviews, 45 SSIs were identified after pediatric ambulatory surgery.

The following variables were linked to significantly increased odds of infection:

Of the 45 incidences of SSIs, 40% of patients were admitted to the hospital, and 36% required a new surgery or bedside incision and drainage.

It has been known that inpatient SSIs cause morbidity in children, however, the SSI rate in pediatric ambulatory surgery patients had been less clear. The findings from this study fill that gap and also identify possible targets for intervention, the authors say. 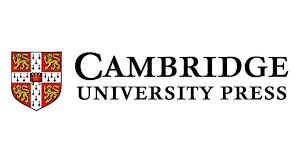 Takeaways • Children are not small adults. Greater attention should…

A success story: Coordination, teamwork, and collaboration in aerodigestive procedures

Developing a surveillance program for SSIs in ASCs