The Centers for Medicare & Medicaid Services (CMS) on July 27 updated its Overall Hospital Quality Star Ratings for 2022—giving 429 hospitals a five-star rating, based on their performance across five quality categories, the July 27 Becker’s Hospital Review reports.

Star ratings, a tool meant to compare hospital quality and performance are typically updated and released quarterly. Because of a calculation error in measure results used for CY 2021, the update is being released this month instead of April. 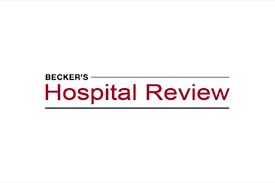 The Centers for Medicare and Medicaid Services (CMS) develops conditions…

Takeaways Many OR managers said they were overdue for a…

A lot has happened with ASC quality measure reporting in…