Amazon shutting down its healthcare service

Amazon is shutting down Amazon Care by the end of the year, the August 24 Washington Post reports. Amazon Care was initially started as an internal healthcare offering for Amazon employees, but currently, it is available to employees of half a dozen corporate customers.

Workers were told their healthcare service was being shut down because it was not a complete enough offering for the large enterprise customers. Dozens of employees will lose their jobs; some could be placed in other Amazon jobs, and Amazon will support those looking for jobs outside the company.

This is the second healthcare investment Amazon has shut down. The first was Haven, which was co-created with finance firms Berkshire Hathaway and JP Morgan Chase and headed initially by Harvard professor and surgeon Atul Gawande, MD. Dr Gawande stepped down as CEO in May 2020. Haven shut down in February 2021.

Dr Gawande was featured in OR Manager’s Humble Giants of Leadership series. 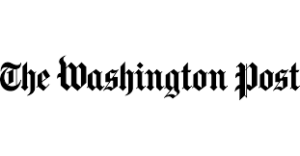 The American Academy of Orthopaedic Surgeons projects that total hip…

How might telehealth alter approaches to surgical patient care?

Telehealth services grew exponentially in the early days of the…

The better a patient’s overall health prior to undergoing surgery,…